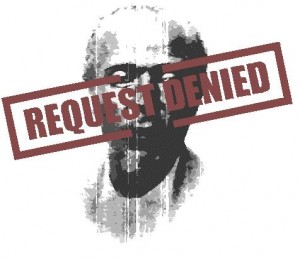 “…a machine invented by a slave, though it be new and useful, cannot, in the present state of the law, be patented. I may add that if such patent were issued to the master, it would not protect him in the courts against persons who might infringe it.” –Attorney Gen. Jeremiah Black, June 10, 1858

Benjamin Montgomery was born a slave in Loudoun County, Virginia, and was later sold to Joseph Davis, brother of Jefferson Davis, future president of the Confederacy.

Benjamin’s talents opened doors. He served as general manager and mechanic on his owner’s Mississippi plantation, and was encouraged to better himself and his education.

Benjamin became quite accomplished, obtaining a small, private library and being granted access to his owner’s library. He learned to survey land and used this skill to plan the construction and maintenance of various levees for flood protection.

He even learned to draw architectural plans and assisted in the construction of many large buildings on the plantation, including an elaborate garden cottage. He was so talented and versatile, at one time he managed both of the Davis Brothers’ plantations.

He was so well-favored, he was allowed to open his own general store on his owner’s plantation where he even ran his own line of credit. He was also a well-known mechanic and was regarded as having few superiors — white or black — as a machinist.

During the late 1850’s, Benjamin invented a steamboat propeller designed for shallow waters, such as the water near the plantation on which he lived. The blades were designed to enter the water at an angle, making a much more efficient use of power than other propellers.

Benjamin propeller could not be patented in his name because he was a slave, and slaves were not considered citizens. Both Joseph and Jefferson Davis then tried to patent the propeller in their names but the attorney general denied their requests too.

When Jefferson Davis became president of the Confederate states, he backed legislation that allowed an owner to apply for a patent when his slave had invented machinery, but the attorney general still denied it.

The attorney general’s opinion stood until the end of the Civil War, and only then was Benjamin able to to get credit for his invention.

Benjamin Montgomery went on to become one of the wealthiest cotton planters in post–Civil War Mississippi. He owned thousands of acres of land and also founded and ran a market center called Montgomery and Sons that included a store, several warehouses, and a steam-driven cotton gin and press.

How did an ex-slave accomplish this? Click on one of the following articles to find out: