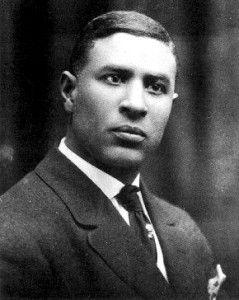 Garrett Augustus Morgan was born in Paris, Kentucky on March 4, 1877. During his brilliant lifetime, he received much recognition for his outstanding contributions to public safety.

Most Americans are familiar with the story of Garrett Morgan’s traffic signal, but have either forgotten or never had a clue that Mr. Morgan also invented the “gas mask,” which he titled a “breathing apparatus.” 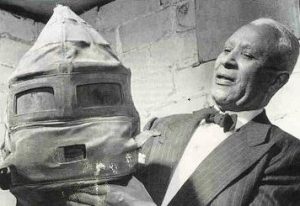 Variations of the gas mask are seen in current society, such as in the areas of fire fighting, the military, and those whose occupations include working with or near toxic fumes.

Morgan was awarded a gold medal at the Second International Exposition of Safety and Sanitation in New York in 1914 for the gas mask invention, which was worn by firefighters in numerous cities in the early 1900’s.The mask was also used during World War I to protect soldiers from chlorine gas fumes.

In 1916, Morgan himself used the mask to rescue men trapped by a gas explosion in a tunnel that was being constructed under Lake Eerie. At first Garrett and his invention were ignored, but eventually, the City of Cleveland, Ohio honored him with a gold medal for his heroic efforts.
FYI – Garrett Morgan also invented the first hair straightener, and marketed it under the name G.A. Morgan Hair Refining Cream.