I don’t really like “dating” myself, but I just can’t resist telling readers that I grew up with James Brown. When he burst onto the scene with the song “I’m Black and I’m Proud,” it opened up a whole new world for me.

I grew up in the just barely desegregated south, and the details aren’t always so pleasant. However, I’ll save my life story for another time. For now, I’ll tell you that to hear a singer so blatantly flaunt his blackness and his pride and dare anyone to disagree with him truly inspired me and my generation to lift our heads high.

Thank you, Mr. Brown. You changed the world with your song!

To learn more about the one and only James Brown, consider purchasing this book. Enjoy! 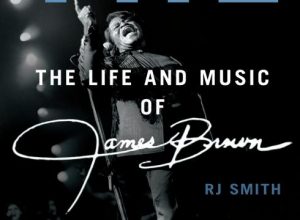 In the meantime, here are the lyrics to that classic and unforgettable song. Enjoy!!

Uh! With your bad self!

Some people say we’ve got a lot of malice
Some say it’s a lot of nerve
But I say we won’t quit moving until we get what we deserve
We have been bucked and we have been scorned
We have been treated bad, talked about as just bones
But just as it takes two eyes to make a pair, ha
Brother we can’t quit until we get our share

We’re people, we’re just like the birds and the bees
We’d rather die on our feet
Than be livin’ on our knees

This video originally posted at https://youtu.be/9bJA6W9 CqvE by Black Consumers. Thanks for sharing!