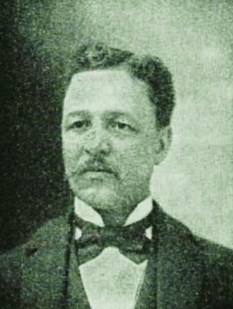 In his day, Joseph Dickinson was considered a man of genius, and one who “produced results that express themselves in terms of dollars for himself and others.”

Dickinson specialized in a line of musical instruments — player pianos and reed organs, in particular.

He was born in Canada in 1855 and moved to Michigan in 1870. There, in 1872, he joined himself to the Clough and Warren Organ Company, one of the largest corporations of its kind in the world.

He began designing his own version of the Reed Organ, and one of his designs was awarded a prize at the Centennial Exposition in Philadelphia, Pennsylvania. In fact, the public was so impressed with him that he was quickly hired to build organs for major customers. One of his customers was the Royal Family of Portugal. 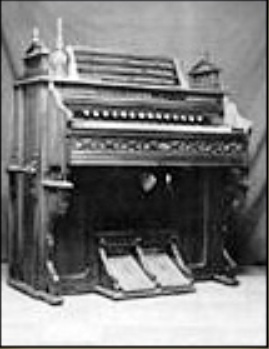 In addition to reed organs, Joseph invented devices for automatically playing the piano. He DID NOT invent the first player piano, but the mechanisms he invented proved far superior to earlier player pianos.

Specifically, Dickinson’s  piano could begin playing the music at any position in the musical roll, and did not have to start at the beginning, as other pianos did. His inventions were eagerly adopted into the construction of the some of the finest player pianos on the market.

Dickinson married a woman named Eva Gould in 1884, and together with his father-in-law, he formed the Dickinson-Gould Organ Company. The company manufactured reed organs and Dickinson received numerous patents for them.

The African American community often said of Joseph, “It is no little distinction to have one of our race occupy so significant a position, and to hold it by the sheer force of a trained and active intellect.”