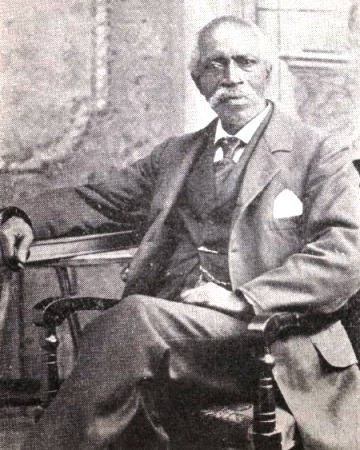 Meet Thomas Elkins, Inventor Extraordinaire! In Thomas’ day, food was kept cool by packing blocks of ice in an ice box and hoping for the best. But Thomas invented an apparatus that utilized metal cooling coils. The coils became super-cold, thereby cooling the items inside to “less than room temperature” and keeping them fresher longer. By the way, it should be mentioned that Thomas DID NOT invent the refrigerator, he patented an “improvement” in refrigeration via the process of cycling a coolant liquid through a large container. 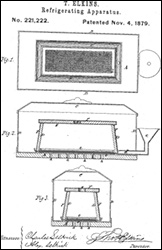 But Thomas’ improvement did much more than just cool the food people ate. Thomas lived during a time when keeping dead bodies cool until they could be buried was largely unheard of. But thanks to his apparatus, the bodies could be refrigerated until they were properly buried, and the public had no need to fear outbreaks of disease or pestilence because of unsanitary conditions. It was also used to keep dead bodies cool. 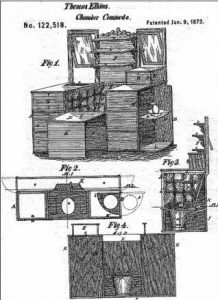 FamousBlackInventors.com said that Elkins “was a visionary with an enigmatic personality,” and The Black History Channel couldn’t agree more.
Thomas also invented an improved chamber commode that was more furniture than toilet. It had a mirror, wash stand, book-rack, table, and a chamber stool. It was almost like an entertainment center!