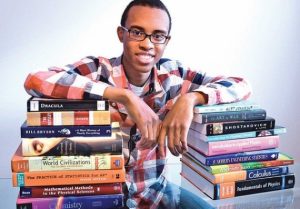 Have you heard the one about the black high school teen who scored a perfect 2400 on his SAT’s?

It’s true! In 2012, Cameron Clarke of Philadelphia and 1.66 million+ other students took the SAT. At that time, he became one of only 360 SAT test-takers nationwide to achieve a perfect score.

But that’s not the end of the story. According to the Black Youth Project, Cameron is “a multi-faceted young man; a cellist for the Philadephia Youth Orchestra, the editor of his school newspaper, and a member for his school’s cross country team.”

We’ve also learned that Cameron’s score of 2400 was actually his second try. The first time he took the test, he received a 2190. This in itself is an excellent score, but he felt he could do better. And he did.

And let us not forget to mention that Cameron was actually test at the age of 4 and scored a 151 on an IQ test!

We could go on, but hey, what’s the point of re-writing some very fine articles that are already out there? Simply check out these links to learn more: