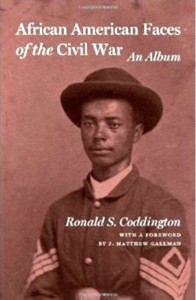 A Study in Unrecognized Greatness

The Civil War and its willing (and sometimes unwilling) participants remains one of the most popular subjects in history. This is even more true when considering the stories of the 200,000 enlisted African American Civil War soldiers that have just begun to come to the light in the last few decades.

Take the movie Glory, for example. According to Hope & Glory: Essays on the Legacy of the Fifty-Fourth Massachusetts Regiment, “the film Glory has had a long-term, positive impact, stimulating both the visibility of and interest in the story of blacks in the Union army.” In addition, the article The True Story Behind the Movie Glory by Brian Palmer, the American historian and John J. and Cornelia V. Gibson Professor of History Elizabeth D. Leonard says that “we could benefit from learning more about each of the [16] black men who earned the Congressional Medal of Honor during the war, and about the experiences, courage, tenacity, and dignity of the tens of thousands of United States Colored Troops who, as white soldiers mustered out after Appomattox, remained on very dangerous occupation duty with their units in the angry and unreconstructed South.”

Conclusion: these stories, profiles and bios are important because they play a key role in presenting a more complete history of the American Civil War. Besides that, they are just plain good reading!

And that brings us to African American Faces of the Civil War: An Album, by researcher and renowned collector of Civil War photographs Ronald S. Coddington. This beautifully-packaged, well-written and quite powerful reference book actually debuted in 2012 and was written to share the rare tintypes, portraits and ambrotypes Mr. Coddington finds in museums, archives and private collections. It was also written to shine an even brighter light on the contributions of African Americans in the Civil War via their military records, pension files and personal documents.

There are 77 profiles in all, and each is better than the one before it. There’s the story of Maj. Martin Robison Delaney (P. 3) who possessed “most defiant blackness” and who was received at the White House by President Abraham Lincoln. President Lincoln was so impressed with Delaney that he scribbled a note to Secretary of War Edwin M. Stanton that said: “Do not fail to have an interview with this most extraordinary and intelligent black man.”

There is also the unsung story of one Nicholas “Nick” Biddle (P. 13) who was “the first man wounded in the Great American Rebellion” and who was able to sell thousands of photographs of his likeness because he was “the man whose blood was first spilled in the beginning of the war.”

There’s the story of 22-year old escaped slave Robert Smalls (P. 27) who was also known as the “Hero of the Planter” when he disguised himself as the ship’s captain and safely sailed a Confederate vessel through Confederate-infested waters by using “ the flags and signals from the ship’s whistle” until he and his fellow refugees made it safely into Union territory.

There’s also the heartwarming story of 16-year old Alex Johnson, known as “the original Drummer Boy,” who enlisted in the Fifty-fourth Massachusetts and marched side by side with Col. Shaw as they led the regiment to glory. Alex eventually mustered out of the army, got married, and became the father of seventeen children (P. 57).

African American Faces of the Civil War is just lovely. The prose is fast-paced but personal, and readers will feel as if these soldiers are telling their stories in their own words. Mr. Coddington’s research is stunning, his details are meticulous, and he even went the next step and thoughtfully enlarged the pictures in his rare collection so that they are alive with power and detail.

This book would do well on high school and college library shelves. In fact, it would even do well in elementary and middle school shelves. The prose may be a bit of a challenge to younger children but the pictures will fire their imaginations.