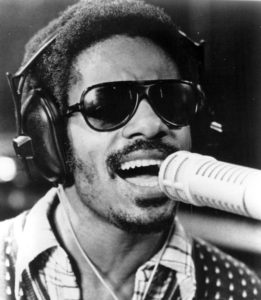 Here, my friends, is a beautiful song! It’s called “As,” and it debuted on the blockbuster album, Songs in the Key of Life in 1976.

Gotta tell you, this song brings back all sorts of memories. I was on my own for the first time in my life. I was living on a college campus, saddled with the ominous role of Resident Assistance (which meant I was responsible for twenty other girls ages 18 to 22 when I could barely take care of myself), and I was pondering what I would become in life.

Songs in the Key of Life was a phenomenon, and “As” played a big part in helping it to be just that. The album and its amazing songs debuted with a bang and went on to become one of the best-selling and most critically acclaimed albums of Stevie Wonder’s career–which, by the way, is still going strong. Nearly 30 years after its debut (2005) it earned 57th place on Rolling Stone magazine’s list of the 500 greatest albums of all time.

And now, without further ado, is the incomparable Stevie Wonder singing “As.”

We all know sometimes life hates and troubles
Can make you wish you were born in another time and space
But you can bet your lifetimes that and twice it’s double
That God knew exactly where he wanted you to be placed
So make sure when you say you’re in it, but not of it
You’re not helpin’ to make this earth
A place sometimes called hell
Change your words into truths
And then change that truth into love
And maybe our children’s grandchildren
And their great grandchildren will tell
I’ll be loving you until the rainbow burns the stars out in the sky