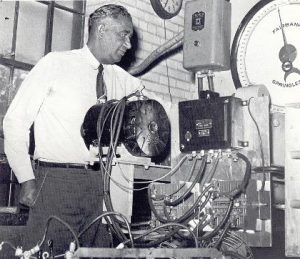 Frederick McKinley Jones has often been called “the man with a million ideas.” He had so many that we will be featuring him often on this site.

Here are two more important inventions that you should know about:

WORLD WAR I
When WWI was in full swing, Fred enlisted to do his part. He was 25 years old when he joined the 809th Pioneer Infantry on August 1, 1918 and sailed to France with his unit. Once there, Fred quickly became indispensable. He was called upon to rewire his entire camp, beginning with the hospital tents. Using a group of German prisoners as his assistants, Fred soon had the camp lit up like never before.

After this success Fred was ordered to other American camps to do rewiring. He also repaired the motorcycles of the army messengers–and even the vehicles that hauled the men and the supplies. He kept the telephone and telegraph systems in working order and in between jobs he taught classes in practical electricity to any soldier who wanted to learn. Fred served his country well–physically, mechanically and educationally. He returned to the United States on July 6, 1919, and was discharged from the army on July 23rd.

World War II
By the time the United States entered WWII, Fred was 48 years old and much too old to actually fight in the war. But he could serve in other ways. The United States had a desperate need for portable refrigeration units to get food and medicine to the troops on the front lines. They also needed a way to cool the airplanes carrying wounded soldiers to the hospital. The Defense Department was seeking expert advice on the best equipment for the army to use to accomplish these things.

The government called the nation’s leading refrigeration engineers to Washington, DC to present their designs, and Fred got an invitation, too. However, because of the politics of the day Fred could not lodge with the other engineers. He had to sleep in a colored-only hotel.

After much debate about each engineer’s design, the government went with Fred’s refrigeration unit. It was lightweight and compact and perfect for their needs. Large and small models of his unit were dropped by helicopter and plane to combat zones in Europe, Africa and the South Pacific. Because of Fred, hot, tired and thirsty soldiers had cold water, perishable foods, serums, drugs and blood plasma. Fred’s units cooled field hospitals, airplane cockpits and plane engines. Some of the units were even adapted to hold treats like ice cream. 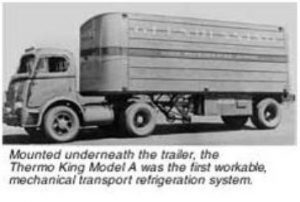 The demand for Fred’s lifesaving units meant the expansion of the entire Thermo King refrigeration workforce. This meant that Frederick McKinley Jones was responsible for creating new jobs and bringing more money into Thermo King.