The Power of Love! 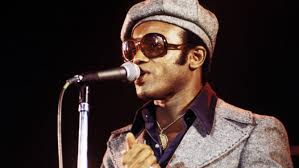 I was just a young’un when this song came out, but I loved it because I was forced to. After all, mother and father played it at least a hundred times a day, back when 45’s were king and the hi-fi was a symbol of wealth, progression and upward mobility.

I remember listening carefully to the words and wondering why it seemed to give my parents both joy and agony at the same time. It was, in my opinion, an odd song about a ne’er-do-well who never did well because he had no interest in working. I remember even shuddering when Bobby got to the part about how Harry Hippie’s lady had to panhandle pennies just to feed Harry’s baby. I remember praying that I never met such a fate.

Anyway, as you know, our beloved Bobby Womack died in 2014 at the age of 70. While I was reviewing his life for this post, I discovered that Harry Hippie was actually Bobby’s brother, and the song had been written as a joke because Harry liked to live a carefree life. Unfortunately, his girlfriend stabbed him to death over an argument, so the song eventually became a memorial to Bobby’s brother.

And now, without further ado…I bring you Harry Hippie! Enjoy.

“Harry Hippie”
Written by Jim Ford
for Bobby Womack in 1972
in honor of Bobby’s Brother, Harry

Everybody claims that they want the best things outta life
Ha, but not everyone, not everyone wanna got through the toils and strifes

Harry Hippie, lies asleep in the shade
Life don’t bug him cause he thinks he’s got it made
He never worry about nothin’ in particular
Oh, he might even sell free press on Sunset

Mary Hippie, she’s Harry’s lady
Panhandles money just to feed Harry’s baby
She can lie down a story so incredible
Man, you wanna help her take the food home and put it on the table

I’d like to help a man when he’s down
But I can’t help ya, Harry
If you wanna sleep on the ground.
Sorry Harry, you’re too much weight to carry around

Street child, street child
Tell me where will you be goin’
When old man winter gets his horn and starts blowin’
Will you hang around LA
Or hitch a ride on a freeway
Meet an old familiar face in a new place