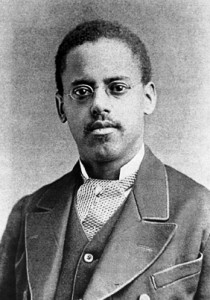 Lewis Howard Latimater was born in Chelsea, Massachusetts in 1848 and was one of the first major African American Inventors. His work with Alexander Graham Bell has been both notable and shrouded in mystery. Some insist it was actually Latimer and not Bell who invented the telephone, however, the truth behind this lasting rumor is difficult to determine because Latimer defended Alexander Graham Bell’s claims to the invention in court. 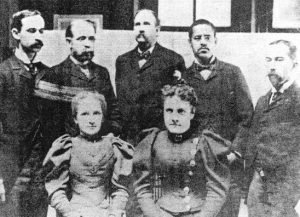 After his work with Bell, Latimer became a member of Thomas Edison’s research team, which was called “Edison’s Pioneers” (see image). Here he made his most important scientific contribution by improving the light bulb that was invented by Edison. Edison’s bulb was lit by a glowing, electrified paper filament that burnt out too quickly. Latimer invented a bulb with a carbon filament that last much longer.

Latimer sold his patent to the United States Electric Company in 1881, but went on to patent a process for manufacturing the carbon filament effectively (1882). He also created a globe supporter for his electric lamp.

But these were not Latimer’s only creations. He is also credited with the following: 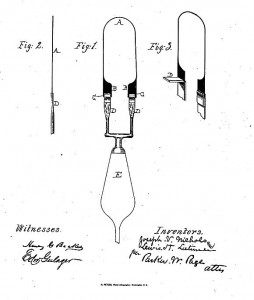 2. He supervised the installation of public electric lights through New York, Philadelphia, Montreal and London.

3. He invented the first water closet (toilet) for railroad cars in 1874, an invention that will be featured later on the sight.

4. He patented the forerunner of the air conditioner in 1886, which will also be featured in an upcoming post.

This original article appeared in the 2003 edition of Shades of Greatness(tm): A Calendar Tribute to Early African American Inventors. All Rights Reserved, Rita Lorraine Hubbard, 2003.