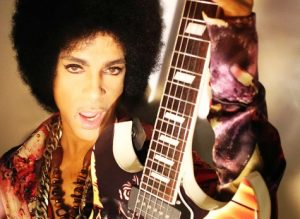 The legendary musical genius, Prince Rogers Nelson — aka, “Prince”, was found “unresponsive” in one of the elevators at his Paisley Park estate at 9:43am this morning. According to The Daily Mail, he “was pronounced dead less than thirty minutes later.” He was 57 years old.

Police who responded to a 911 call found him in the elevator and attempted to revive him, but were unsuccessful. Although it is not clear what caused his death, it has been reported that he had been “battling the flu” and had even had a middle-of-the-night episode that landed him in the hospital on April 15. Some fans also reported seeing him make several trips to a nearby Walgreen’s pharmacy looking–as they described it–frail and nervous, but according to TMZ, he told fans he was okay and to “wait a few days before you waste any prayers.”

Prince was found dead at his Paisley Park estate, a $10 million dollar complex he designed and built in 1985, and which officially opened in 1987. It has a sound stage, a guitar room, a game room and a vault to store unreleased recordings. Aside from using it for “recording, rehearsal, video and film production,” he sometimes threw parties to which the public were invited to attend.

Prince’s career spanned over four decades, beginning with late 1970s hits like “Why You Wanna Treat Me So Bad?” and “I Wanna Be Your Lover.” Some of his best-loved songs include “1999” and “Purple Rain.” In fact, people to this day are still saying, “Tonight I’m gonna party like it’s 1999!”

Our thoughts and prayers go out to Prince and his family. To read more about his untimely death, run a general search in your favorite search engine, or follow these links:

This footage belongs to ABC News and appeared at this link – https://www.youtube.com/watch?v=zu-uQwLODkw