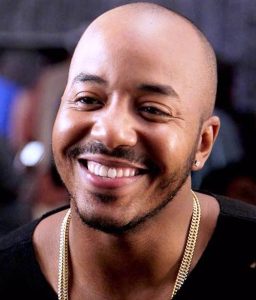 Damien Escobar has been around for awhile. He’s 30 years old this year, but we mean that his musical talent has been uncovered for quite some time. At age 13 (that’s right…13!!) he graduated from The Julliard School of Dance, Drama and Music. In case you don’t know, Julliard is a performing arts conservatory that was established in 1905, and its current tuition, board, fees and supply list can brim well over $65,000 yearly!

The Black History Channel LOVES to share stories about people who made it “against the odds,” and Damien Escobar is one of them. Damien grew up in Jamaica, Queens. He began playing the violin at 8, and was one-half of the Nuttin’ But Stringz duo with his brother, Tourie. Together they played in subways and on street corners, eventually making their way to America’s Got Talent and even the first inauguration of President Barack Obama. According to a Chicago Tribune article, “Nuttin’ But Stringz played for President George W. Bush at the White House. They came in third on “America’s Got Talent,” performed on “The Ellen DeGeneres Show” and “The Tonight Show,” won two Emmys, sold millions of albums, and toured the world.”

By age 10, Damien “became the youngest student accepted into the Julliard School of Music.” Although he graduated from Julliard at age 13, by his own admission he rebelled and got into a bit of trouble so that by age 14 he was facing gun charges. Here is an inspiring video interview by TODAY’s Craig Melvin that gives audiences a poignant view of Mr. Escobar’s life, mindset and goals.

There are MANY articles and videos out there about Damien Escobar and his amazing violin. Here are a few to get you started:

The above video was originally posted by Damien Escobar at this link: https:// www.youtube. com/watch?v=QsX9s1EbCFE