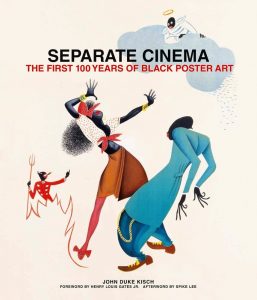 If you look up the definition of “magnificence” in your dictionary, you just might find a picture of the cover of Separate Cinema: The First 100 Years of Black poster Art. This amazing book is written by Mr. John Duke Kisch, founder and director of The Separate Cinema Archive, a museum collection of historic African American film posters that will, for lack of a better phrase, knock your socks off.

Part history book, part social studies book, part table book, and part encyclopedia, Separate Cinema is every #BlackHistory, #BlackCinema, and #AmericanHistory lover’s paradise. It contains over 300 over-sized pages of rare, eye-popping, almost-forgotten posters that will thrill, shock and even sadden readers. And yet it’s so much more than a book of posters. It is chock full of essays and opinions of some of the brightest minds in black film and black history, including words of wisdom from literary critic, teacher, historian, and filmmaker, Henry Louis Gates, Jr., and film director, writer, producer, actor, and professor, Spike Lee. 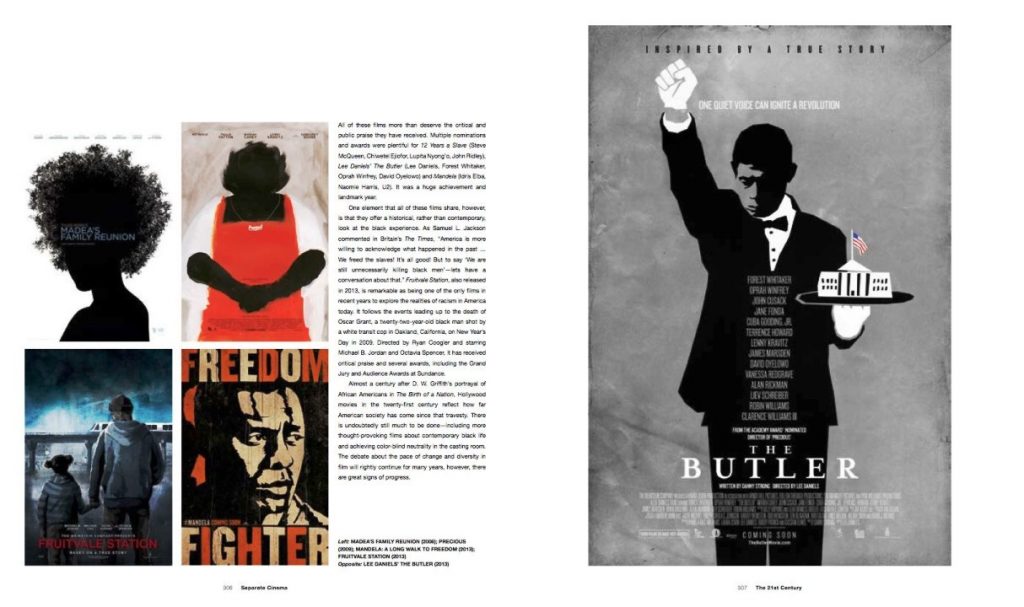 Readers learn that early black movies were not just a form of entertainment; Henry Louis Gates, Jr. say that they also “reflected the journey of African Americans in society.” The posters did not just advertise the movies they represented, they were a peek into society. They were evidence of how blacks were perceived at that specific time, not just by white audiences, but by black audiences, too. In fact, the book also shows how these posters were at times a sort of tool that filmmakers used to perpetuate stereotypes and prejudices. They even used film and the posters that advertised them to laugh at anyone that was not white — most especially black people. 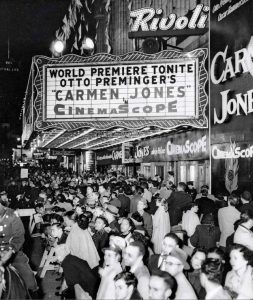 Of course, black filmmakers did not sit still and silent while this was going on. Filmmakers like Oscar Micheaux used film to show decent portrayals of African Americans, and to give the world a glimpse of the real way black people went about their daily lives. For instance, while white filmmakers were casting black people as maids, janitors, porters, dullards, lazy ne’er-do-wells, or vagrants whose only desire was to violate white women, Oscar Micheaux was casting black actors as wealthy bankers, land owners, lawmen or business owners.

There are so many tidbits within the book’s 300+ pages. For example, readers learn that Booker T. Washington once sought investors to adopt his novel, Up From Slavery, into a movie; a white filmmaker named Richard Norman stood out from the norm of the day by his willingness to escape the black cliches and stereotypes of the early years; and actor Sydney Portier became a sort of weapon of dignity, pride and integrity against the stereotypes depicted in most white movies.

Separate Cinema is truly a collector’s item. The posters and the history behind them should allow it to thrive in elementary, middle school, high school and higher learning classes as a social studies or history text. It should do well in screenwriting, film and theater classes, and it can be used to inspire conversations about equality, stereotypes, and the evolution of African Americans in American society.